In a world where heroes and villains of the super variety have existed for decades, accountant Arthur Everest keeps a keen eye peeled for the evil that killed his father.

When he runs into a true blue hero, The Tick, turns his life upside down by insisting that Arthur become the brains of a crime-fighting duo. Will Arthur resist the call of Lady Destiny? Or join the fight with her antennaed messenger? 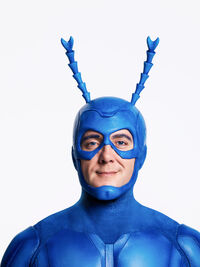 The Tick
This “humble, blue avenger” is a big riddle to everyone who meets him—and sometimes to himself. He’s here to fight for justice, but isn’t always sure how. The Tick sees a hero in Arthur—a sidekick with the brains he needs to make his brawn effective. 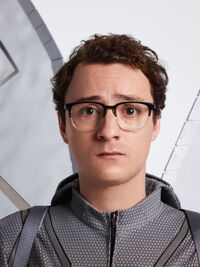 Arthur Everest
Arthur lost his father as a child, and courageously tries to keep his fears from getting the best of him. Enter The Tick, who shows Arthur he will never be “normal”—because he’s extraordinary. 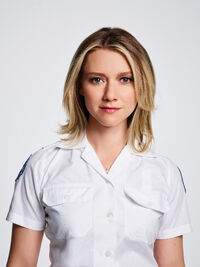 Dot Everest
Arthur's sister works as an EMT, but her biggest emergency is always taking care of her brother. If Arthur joins The Tick to fight evil, how will she fit into his life? 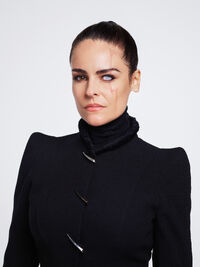 Miss Lint
A super villain who runs with one of the gangs that controls The City, Miss Lint can zap her victims with a million volts of electricity. 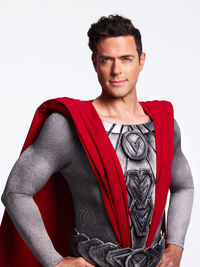 Superian
Superian's the most famous superhero in the world, who made a crater out of The Terror, and restored peace to The City. 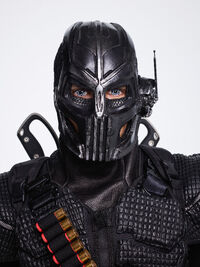 Overkill
With hands and eyes made of metal, this “robo-ninja” is an unhinged vigilante who believes that violence is always the answer.

This community was created by fans, for fans, and is dedicated to creating a comprehensive and informative encyclopedia about all subject matter relating to the Amazon Prime TV comedy series The Tick.

Retrieved from "https://tick.fandom.com/wiki/The_Tick_Wiki?oldid=4963"
Community content is available under CC-BY-SA unless otherwise noted.